How to Classify Your Freelancers

If you’ve started working with more freelancers this year, your company and your HR department may have come up against something they’ve never had to cover before – freelancer classification. While classifying full-time employees is straightforward, they are W2 employees who need taxes withheld and are entitled to certain benefits, classifying freelancers can be messy. Misclassifying freelancers, whether intentional or not, can cause huge problems for your business.

Unlike full-time employees, freelancer classification can be much more complex. If you end up misclassifying a worker, you could find yourself facing penalties and fines from the IRS. A headache that no company wants to deal with. That’s is why it’s important to make sure you are classifying a freelancer correctly and reviewing this classification on a regular basis.

The IRS has outlined some clearer guidelines to help determine when a worker should be classified as an employee or an independent contractor. We've outlined the main points in the chart below: 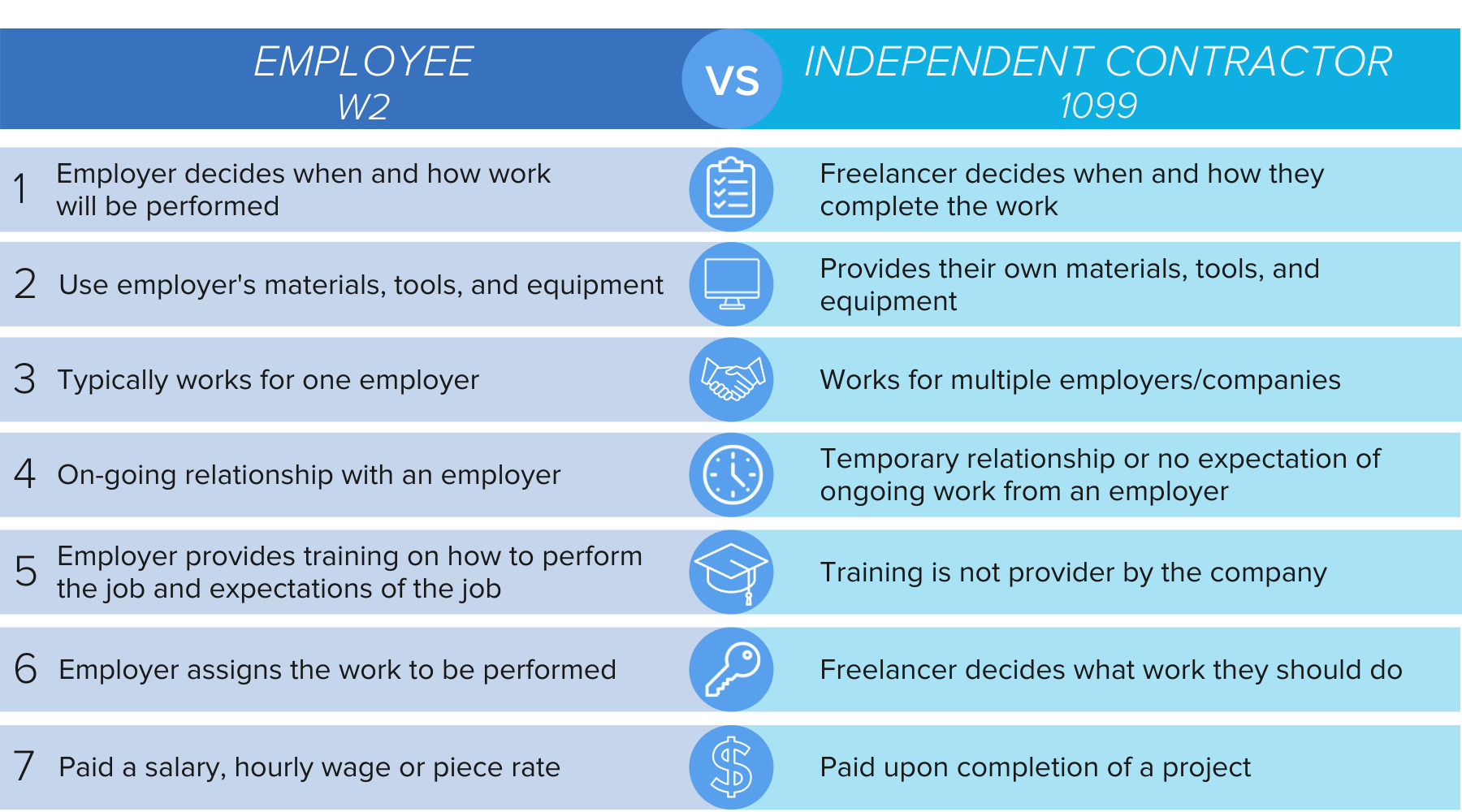 In California, workers must pass the “ABC” test in order to be considered a 1099 independent contractor:

Misclassifying Your Freelancers = Penalties and Fees

If the IRS determines that someone has been misclassified, your penalties could include:

And these are just the penalties for accidentally misclassifying your employees. If the IRS determines that a company was knowingly trying to skirt the law, the penalties could be even steeper. Fines from the U.S. Department of Labor, IRS, and state agencies can total millions of dollars. Companies can be held responsible for paying back taxes and interest on employees’ wages as well as taxes that weren’t withheld.

On top of the very expensive government penalties for misclassifying freelancers, your company could also face lawsuits from the freelancers themselves. Notable lawsuits have been in the news lately including an $8.5 million settlement against Lime Scooters. A California court ruled that Lime misclassified their “juicers”, who pick up and recharge their scooters, as independent contractors. By misclassifying their workers, Lime violated labor code regarding the payment of minimum wage, reimbursement for necessary business expenditures, and the provision of accurate wage statements.

Ready to learn more about how AllWork can help you classify and pay your freelancers?

Get in touch to schedule a demo!

Schedule a demo
About AllWork