Once associated with more creative fields like music, writing, and design, freelance talent has in recent years expanded into essentially every sector of the economy, thanks to the internet. Even so, many hiring managers rely on old “knowledge” about freelancers in building their teams. Often, this means avoiding freelance talent entirely.

To prove freelancers are worth your time, we’ve debunked six common myths about them:

Myth No. 1: Freelancers Are Only Good for Quick Projects

A common assumption is that freelance workers are hired to get things done fast and then get out. According to a study commissioned by Upwork, however, only 32 percent of hiring managers hired freelancers in the past year to work on projects shorter than two weeks in duration.

Managers are limiting their teams if they neglect to hire freelancers for longer-term projects and relationships. It isn’t prudent to ignore a source of skilled talent – in this case, freelancers – based solely on the potential length of the relationship between company and worker.

Similarly, maintaining relationships with skilled, high-performing freelancers means companies don’t need to search for and onboard new employees whenever they need that skill set. Additionally, freelancers can be helpful when scaling business up or down; companies don’t have to retain unnecessary full-time employees and can save money with project-based freelancers.

Freelancers don’t contribute anything meaningful to the company’s bottom line – that’s what regular employees are for, right?

It may be surprising, but, in many cases, freelancers become instrumental team members in completing projects. It often happens that an in-house team cannot handle its workload due to an upsurge in business, and the hiring of a new employee may not be feasible for a number of reasons. In these instances, it makes practical and financial sense to contract a freelancer.

In the Upwork study mentioned above, 84 percent of respondents said their departments would have had to delay, cancel, or extend their workloads if they had been unable to find freelance talent to assist on their most recent projects. Clearly, freelancers can have a significant impact on a business’s bottom line.

Myth No. 3: Freelancers Are Unskilled and Unreliable

People worry that freelancers are only freelancing because they lack skills and/or can’t hold a normal job. In reality, the opposite is true: Freelancers generally choose to leave traditional work because they feel limited in their skill growth and desire more flexibility. Furthermore, freelancers are motivated to perform at their best in order to win new and repeat customers.

Many employers find freelancers are actually more skilled than full-time hires. Freelancers also make it easier for employers to access hard-to-find skills. According to Upwork’s research, 39 percent of hiring managers say freelancers help them find skills that match their needs. In the same survey, 89 percent of respondents said they were satisfied with their most recent freelance hire’s skills, compared to 84 percent of respondents who were satisfied with their most recent permanent hire.

Myth  No. 4: Freelancers Have No Work Ethic

A common fear is that freelancers are not hard workers. This is another case where the opposite is true: Freelancers are often perceived to work harder than regular employees, with 81 percent of hiring managers in the Upwork study reporting satisfaction with their most recent freelancers hire’s work ethic, compared to 79 percent expressing satisfaction with their most recent permanent hires.

It makes sense: In order to earn repeat business, freelancers must prove themselves to be superior workers. To win new opportunities, they have to receive positive feedback and ratings from prior clients. To earn more money, they have to balance several projects and please each client. To keep up success in the future, freelancers know they have to work hard now.

Now more than ever, advances in technology allow hiring managers to navigate the gig economy and manage their relationships with workers within it, including freelancers. Apps like Google Drive allow real-time collaboration between permanent employees and freelancers, no matter where they are located. Similarly, apps like AllWork allow managers to engage freelancers on an as-needed basis.

Myth No. 6: Freelancing Is a Temporary Trend

Think freelancing is just a passing fad? The vast majority of hiring managers – 97 percent, according to Upwork’s research – disagree with you. Not only are more and more workers in various industries taking on freelance lifestyles, but hiring managers are also quickly warming up to the concept. Companies that encourage the use of freelancers will benefit from the increased access to skilled talent and more workforce flexibility, while those that ignore freelancers will inevitably fall behind. 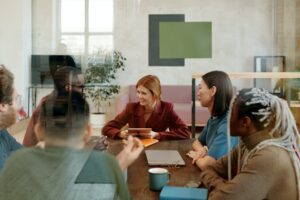 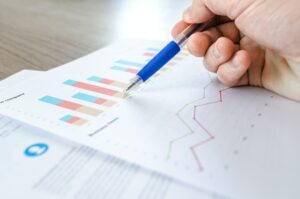 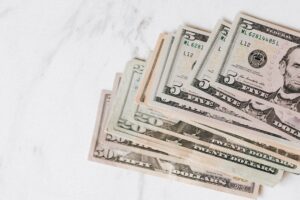 Freelancers Wait 3X Longer Than Full-Time Employees to Get Paid

We use cookies to ensure that we give you the best experience on our website. If you continue to use this site, you are agreeing to this policy. I agree